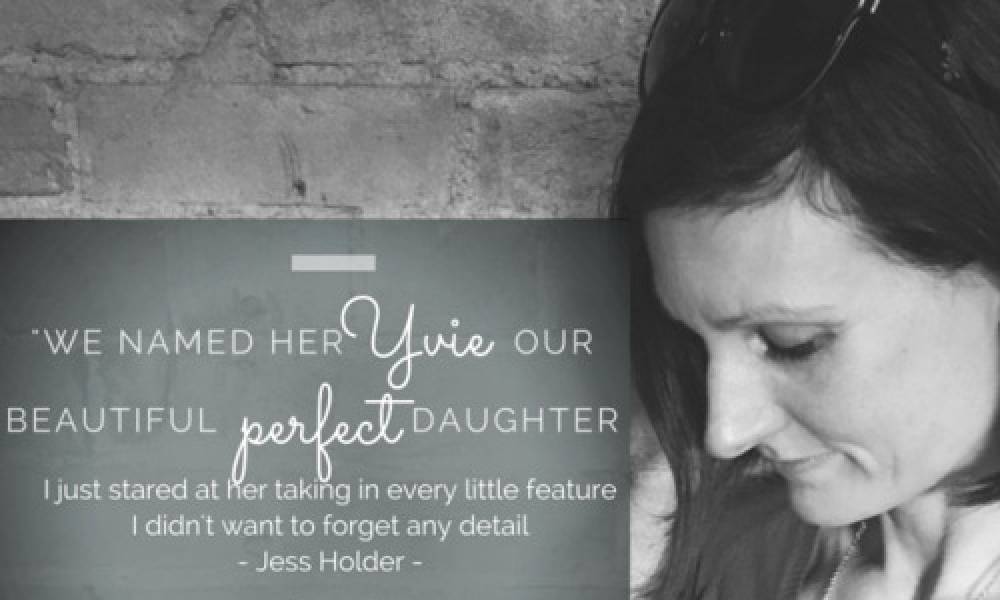 On the 13th of February 2014 I went to a routine check up with my obstetrician. I was 34 weeks pregnant.

I’d pretty much skipped out of work that day. I had a delivery of decorations arrive for my baby shower. Which was scheduled for 2 weeks time. I was also 2 weeks away from commencing maternity leave. Neil & I were so excited about the impending birth of our first child. Our baby girl.

My joy turned to horror in 1 short hour. When the obstetrician uttered the words we cant find a heartbeat!

Neil was at work. He would come to the big appointments, but there was no need at the quick ones. I was usually in and out within 10 mins. Until that point I had a very easy, relatively trouble free pregnancy.  Picking the phone up to make that call was so hard. It was so hard to tell him the baby was gone. He was in disbelief, as was I.

The next 24 hours was a roller coaster of emotions. Ranging from not acknowledging she was gone, believing when I gave birth that she would be alive and the doctors would feel so stupid that they got it so wrong, to not wanting to see her after she was born, and then there were tears lots of tears.

It was suggested to have someone come take photo’s of her in the hospital. My reaction as first was not the greatest. Why would I want photo’s I would never look at them! I protested. As the day progressed I made the call to my lovely friend Dani, a wonderful photographer who I had wanted to take  new born pics of our daughter. Instead I was asking her to do the unthinkable, would she come and photograph our sleeping baby instead. She didn’t hesitate, despite being about 16 weeks pregnant herself. I needed someone there I knew, somebody I trusted to photograph me a my most raw, most vulnerable moment of my life. Those precious photos are pretty much all we have of her now.

Friday night I was admitted in to hospital to be induced. I was given a sleeping tablet, it was the only way I would have slept knowing what lay ahead the following day

At 12:39pm Saturday the 15th February 2014 after a very short labour, our beautiful perfect daughter slipped quietly into this world. I still remember the deafening silence in the room. I sobbed as she entered the world. Then the tears dried up. I just stared at her taking in every little feature, her button nose and long toes just like her Dad’s, her wavy auburn hair just like mine. I didnt ever want to let her go. I didnt want to forget any little detail of her. We named her Yvie.

That moment, was greatest sense of loss I will humanly ever feel, holding my lifeless child. It is the reason I will do everything possible in my remaining years, to prevent any other family having to suffer through that hell.

I choose Still Aware as the charity I wished to support. They are the only Pregnancy Loss foundation actively working with Pregnant women and their Doctors and Midwives to try and bring the number of stillbirths down.

One every four hours

2500 babies, a year are born sleeping in Australia.

The numbers are staggering. And it is still such a taboo topic. There is no doubt there are others who have lost, many may have never spoken of it and that makes me sad, that they suffer in silence.